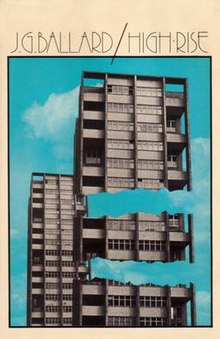 I already had a backlog of books I wanted to write recommendations for; and then I went on a short holiday and read 'quite a few' more, and realised I was never going to catch up. So here are a few books I thoroughly recommend, with the briefest of notes why. Hopefully my terseness will not put you off trying any of them.

Beneath - Kristi DeMeester
I kinda guessed that the debut novel from Kristi DeMeester would be brilliant, and I wasn't wrong. It's a quasi-Lovecraftian horror story set in fundamentalist Christian Appalachia. This is a book that oozes atmosphere, with the author's skilful prose describing a world that feels sickly, feverish, on the brink of delirium and apocalypse.

Body In The Woods - Sarah Lotz
A splendid psychological thriller, this, about things that don't stay buried, both physical and emotional. A story about friendship, debts, and when you might end up paying back too much. It's also the type of book about which it doesn't do to say too much, so I won't. A hugely enjoyable read.

Stranger Companies - Linda Angel
A collection of short stories and prose pieces, Stranger Companies' success lies in its authorial voice. Linda Angel's style has echoes of writers like Brautigan, Amis and Zadie Smith, but also seems wholly her own: wise-cracking, playful and dark. She can do plot too, particularly in the longer piece that ends the collection, 'Deathsmell'.

I Am The New God - Nicole Cushing
Nicole Cushing's novella has a brilliant premise: a man known as 'the hierophant' exchanges letters with an ordinary seeming young man whom he believes to be 'the new god', a diety who will replace the current incumbent. And the young man starts to believe the letters might be right... Starting, brutal, compelling.

Mutator - Gary Fry
Another slice of Yorkshire horror from Gary Fry, taking what might seem a well-worn premise and making it new. For while Mutator borrows tropes from both classic horror literature and creature-feature cinema, Fry also muses on modern scientific notions of evolution & adaptability... and creates the original monster of the title in the process.

High-Rise - J.G. Ballard
Ballard is not a writer I'm as familiar with as I should be, having only previously read Super-Cannes and The Atrocity Exhibition. High-Rise is a novel with a well known central premise, set in a building as distinctive as any haunted house. This is not so much a realistic book as one that takes a realistic premise (that external environment affects both our psychology and social structures) and single-mindedly extrapolates it into something grotesque. It's clever, mordant and revolting; I loved it.

Posted by James Everington at 21:59