Recommendation: Some Will Not Sleep by Adam Nevill 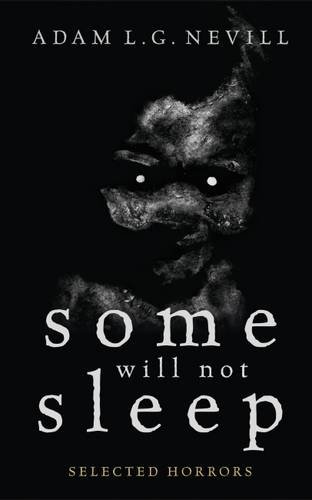 I have a theory/well-rehearsed drunken ramble that all great horror writers are also great short story writers. Here's yet more evidence that I'm right.

Adam Nevill is of course best known for his successful horror novels, but he's a formidably good short story writer too. Indeed, reading a number of his shorter works together made me realise just how good; nearly every piece in his debut collection is first-rate.

The stories in Some Will Not Sleep: Selected Horrors were written between 1995 & 2011 and are arranged in chronological order, allowing the reader to see Nevill's progress as a writer (aided by the autobiographical story notes at the rear of the book). Almost everything here displays Nevill's stengths as a writer: his ability to evoke an atmosphere of dread from the everyday world, the terror of violence both physical and psychic, the vivid details of the worlds he creates. In particular, he's brilliant at evoking the physicality of the monsters and demons that stalk his fiction: the way they move, the way they hold themselves, the way they smell or make the air taste foul around them. This concreteness gives Nevill's creations a hold on the reader's imagination for days afterwards; I'm still able to visualise the bloated, pasty beings of 'Mother's Milk', and the terrifting creature from 'Pig Thing' more clearly than I might wish...

My personal favourite stories here were the insidious home invasion depicted in 'Yellow Teeth', the bloody gothic Western of 'What Hath God Wrought?' and Nevill's original spin on the haunted house story, 'Florie'.

I must mention too that the limited edition hardback of Some Will Not Sleep, produced by Nevill himself is a beautifully book. With neat timing, Nevill has just announced that a companion collection, Hasty For The Dark, will be released later this year. In the meantime, Some Will Not Sleep comes highly recommended.