Other Indie Authors Are Available #7


This is the second Keith Brooke story I've read, and it's unlikely to be the last on this showing. As it's a short story I don't want to give away too much of the plot. Let's just say that this is intelligent, well-written, head-fuck science fiction.

As I've posed before, I love the kind of weird fiction that messes with the readers ideas of reality; well sci-fi can do this just as well (as anyone who's seen Inception or Moon can attest), and Sweats is an excellent example.


Cate Gardner's short fiction was one of my best discoveries of 2011, and this longer story doesn't disappoint. It tells the story of a group of WW1 soldiers back from the horrors of the trenches, only to find themselves in a curious land, trying to get home and also trying to stop the world from ending (maybe). Gardner's fiction is always full of strange characters, images, and references - just off the top of my head here we have dragons, fallen angels, the Yellowbrick road, weird starving zombie-things, and Death as a love interest - but she handles each element with such aplomb and verve that it never grates or seems gratuitous (the start of the story is a bit in-at-the-deep-end in terms of the number of characters and time-frames introduced, but once acclimatised to Gardner-world the reader is okay). This is both funny and horrific in places, and it also has a hidden emotional depth in the way the repressed emotions and relationships of the WW1 solders are handled - a new facet to Gardner's talent. Recommended. 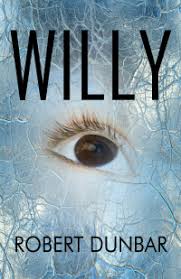 
This is a really hard book to describe; the author comes from a background of writing literate horror I believe (this is the first Robert Dunbar I've read) but this was something else - I'd almost describe it as 'Modernist horror'. Some of the ambiguity is almost like Conrad; some of the neat typographical tricks worthy of B.S. Johnson. Oh, and it's got one of the best uses of teenage first person narration since The Catcher In The Rye too.


It tells the story of an unnamed boy attending a new boarding school (he is 'troubled' in some unspecified way). His room mate is a boy called Willy, and the narrator soon develops a hero-worship style relationship with Willy.

There are half-heard rumours about Willy though - indeed the whole narrative swirls with nebulous rumour and hints. The central character overhears conversations but doesn't understand their full import, leaving the reader trying to piece together exactly what has happened. I imagine some readers will find this novel frustrating and a bit of a prick-tease - constantly hinting at a satisfying answer to the mysteries it sets up, but never delivering the goods. But I loved it - the constant sense of threat and of misunderstanding creating a really profound, stifling atmosphere. Robert Dunbar seems to me a virtuoso of ambiguity here.

This is a great book, and exceptionally well written. It's essentially a love-triangle story, although a complex, strange, and disturbing one. In its forensic depiction of emotional states and the dark side of love, it reminded me of some of Margaret Atwood's more realistic stories - high praise. I also liked the author's obvious love of words - the word definitions that headed chapters (which was in character for Claire) and the letters to Virginia Woolf were both great touches. One slight (and I do mean slight) flaw was the central characters yo-yo-ing between two men occasionally got repetitive. But otherwise a cracking book - recommended to all fans of literate fiction.

Posted by James Everington at 17:54

Thanks for reading Theatre and for your lovely review, James

Thanks so much for the review of claire - I loved reading what you had to say and that you mentioned Margaret Atwood sent me over the moon. :)

No, no - thanks to both of you for writing such good books.