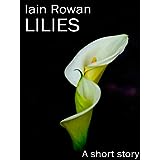 This week's guest blog comes courtesy of Iain Rowan, who writes crime and horror short stories, amongst others. One of his stories, Lilies, has been featured in the Mammoth Best Of Horror Anthologies edited by Stephen Jones. Those of you with any interest in literate and intelligent weird fiction will already know what a big deal this is; to those who don't, I will just say that unlike most things that say "Best Of" on them, Stephen Jones anthologies actually are. And Lilies, also available as a standalone e-book, fully justifies its inclusion.


You'd expect such an author to write a great blog post defending short stories wouldn't you? You betcha.

Take it away Iain...


There are two ways to defend the short story, an easy way and a harder way.
The easy way is this. I say: read Chekhov and Carver, Joyce and  Kafka, Gogol and Murakami. Or I say: read Aickman and Machen, Ballard and Gilman, Bradbury and King. Or better still, read all of them, and more.
Job done, time for tea.
That makes a dull blog post though, so I will try the harder way, and explain why I love reading and writing short fiction.  There are people who would never choose to read a short story, who don’t see the point of short stories, who don’t like short stories – you may be friends with these people, you may work with them, or you may see them on the street. Don’t be frightened by them – they mean no harm, but they do need your help, so please give generously. Anthologies, collections, whatever you can spare.
You may be one of these people. Don’t feel bad. Well, feel a little bad, because you are weird and more than a little wrong. But you can fight this thing. We’re with you. Well, a few apprehensive steps to the side, because of the whole weirdness thing, but with you in spirit.
I want to start with my defence of short stories by pointing out a way in which novels are better than them. With a good novel, you can lose yourself for hours, days, in a world of someone else’s imagination, that total immersion when the world of the book starts to feel as real as the one that you live in. You don’t get that with short stories. But that’s not a failing, because that’s not what they do.
Short stories do something different. They are not little novels. They are not novels with lots of words left out. You don’t get immersion, you get a glass of icy water thrown in your face.  Bear with me, it’s more attractive than it sounds. While one of the charms of the novel is the room for digression and expansion, the beauty of the short story is the merciless concision it imposes. The short story ditches all that is dressing, it strips back all that is luxury, and it pares everything down to the single purpose of the story that is being told. It excludes most things, but in doing so attempts to capture one really important thing, whether that is an essential, startling revelation about what it means to be human, or scaring the living shit out of the reader when they turn the lights out later that night.
One of the reasons why I think some genres work so well in the short form is that they can be read at one sitting. That kind of immersion in the story works well where the atmosphere that the writer builds is critical to the genre, and that’s why for me there will never be a novel of the supernatural that is as great as the best short stories.
Not only can short stories be read at one sitting, but they can be written in one too. Not all of my own stories have been written in this way (for that I’d need a better attention sp—hey look, a pony) but I like the continuity of tone and thought that you get writing the entire piece in one go, or over just a couple of sessions.
I have seen advice to writers which suggests starting with short stories, as if they are children’s bikes that you wobble along on until you are big enough and brave enough to take the stabilisers off and ride your way to a fat 120,000 word novel with as many characters as pages. This is bad advice. If you want to write a novel, you should write a novel. If you want to write a short story though, write a short story.
Precision, concision, graceful economy. A novel can bring the cumulative weight of the development of plot and character to create an emotional response in the reader, but a good short story has to have the magic to do so in a instant.  One line, one paragraph, one moment of terror or surprise, beauty or revelation. There’s skill, and craft, and art in that.
The novel is an album (some novels, like some albums, are sprawling three-disc concept albums with gatefold sleeves). The short story is the killer three minute single. It starts, hooks you, smacks you around the face, and then when it’s just got started, it stops, leaving you wanting more. But once you’ve heard it, it’s there in your head for years.
So there you have it. My defence of the short story and a tortured analogy which, possibly for the first time, allows the direct comparison of Justin Bieber to Ernest Hemingway. Thanks for reading it. 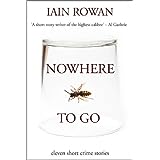 Lilies, mentioned above, is available on Amazon (UK | US).
Nowhere To Go is a collection of Iain’s previously published short crime fiction. (Amazon UK | US | Smashwords). Read more at his website.

Posted by James Everington at 17:53

I like that comparison to the album. "Help!" comes to mind. Most of the songs being very forgettable. Ticket to Ride, however... magical.

You know, that's the one Beatles album I haven't got. Although why you'd want to know that I'm not sure.

God, I'm the most boring poster on my own blog aren't I?

I love that analogy to the single and the album. Why didn't I think of that? That's exactly what it's like. A good novel is a concept album, 2112 by Rush (it's the only half decent prog rock concept album I could think of after a few drinks). A good short story is Teenage Kicks, Smells Like Teen Spirit, Up the Bracket. A quick slap in the face or a swift kick to the balls. Excellent analogy (your's that is, not my attempt to stupidly expand on it)...

Cheers all. Teenage Kicks is exactly the sort of song I had in mind for the good short story - or Ever Fallen In Love; Another Girl, Another Planet. Start, be brilliant, stop.

You'll notice I've carefully omitted to name any sprawling concept albums for fear of incriminating myself....

Good stuff. A pity that my stories are more Shaddupa Ya Face...

James, you have to glory in the camp sci-fi nonsense that is 2112. Like I said, it was the only thing I could think of after a few drinks...

It's basically something to do with the Biblical apocalypse... in modern day Texas. Or Texas might be like an ark; still not clear after all these listens... With loads of feedback and Stetsons.

James, you have no idea how helpful that is. I've been looking for that album for years. I remember reading a review of it when it came out and then forgot about it and have been wondering ever since what it was. What a coincidence. Fantastic.

Excellent!
The singer had just released his 1st solo album after living in a shack for 10yrs or something. Well worth getting - saw him live and was ace. Acoustic very bleak (so you'll love it) country - Josh T Pearson 'Last Of Country Gentleman'

James, is a real co-incidence that. I remember at the time I used to read Mojo magazine a lot and it was featured as album of the month. It sounded great but I didn't have much cash so put it on a mental list to check out at some point. Then I forgot what it was called, lost the magazine and have literally been thinking of it on and off for years. That and another album which was Metallica cover versions played by a quintet of cellos (I know, you should have seen the looks on the faces of the people at HMV when I once asked if they knew what that one was called). Anyway, that closes a mystery for me and I've just ordered it from Amazon.

By another strange quirk of fate you mentioned the band 'Ultrasound' on twitter the other day. That's another band I've been struggling to remember the name of since I saw them on Jools Holland years ago. What a strange world this internet lark is...

Excellent - and I love the albums/singles analogy.

I've come to fall in love with short stories all over again thanks to excellent writers like Iain.