Well, I think it's safe to say that last weeks inaugural 'In Defence of Short Stories' was a success - it attracted way more views than I've had on this blog before (admittedly, not a hard record to break) and I've had lots of interest from other authors wanting to pitch in since then, which is great. Although I deliberately started with Alain and Neil (of whom more in a minute) as I knew they'd write something good to kick things off, I knew that after that I wanted to find some writers who were new to me. 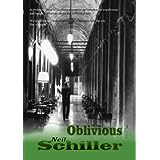 But onto this week's contributor, the fabulous Neil Schiller. Regular readers of this blog [insert your own 'both of them' joke here] will know Neil's name - his book of short stories 'Oblivious' was the first indie ebook I bought, and boy did it set the bar high. Put it this way, in his blurb Neil compared himself to Raymond Carver, and after I'd finished his book I didn't think he was a twat for doing so. High praise.


Oblivious is available on Kindle (UK & US) as well as paperback. Please give it a whirl, particularly as it looks like Neil will be sleeping on the sofa for the next few days...


Take it away Neil:


My other half doesn’t like short stories. She tells me they end too abruptly, just as she’s getting into them. Don’t tell her, because it’s more hassle than it’s worth, but I completely disagree. My favourite books all share one thing in common: an economy of style. Very rarely do I read anything that looks like it will be over five hundred pages, because I immediately think “oh no, another Umberto Eco”, the writer who by his own admission just can’t help himself and has to follow every single tangent that his mind suggests to him.

Short stories, to me, are often more powerful than novels. Because they have a focus that can really deliver. To take an analogy (probably a lame one), it’s great to wander about in the sunshine, of course, but it’s only if I concentrate that light via a magnifying glass that I can set fire to shit. That’s obviously my inner pyromaniac talking. I’ve just spent the best part of a decade writing short stories because I was experimenting with the idea of looking at things intensely. It didn’t matter that I was representing only moments in a character’s life because I could (hopefully) make those moments resonate without having to worry about narrative continuity and plot twists. And you have to give the reader some credit. He or she is not a moron. If you do it right they’re already filling in the gaps for you, the backstory, the future, mopping up the bits that you’ve left spilling off the page.

As a reader, I love doing just that. One of my favourite short stories is by Richard Brautigan. It’s two sentences long. I won’t quote it because I don’t want to breach copyright, but it is essentially one image – that of a woman being led away by the police because she just couldn’t stand anymore living in a small apartment, in the middle of summer, with a man learning to play the violin. I know the rest, Brautigan doesn’t have to tell me.

The best short stories are evocative and demand more of you as a reader than an epic that spells out every single idea on your behalf. Not everybody likes those demands, and that’s fair enough. But I do. They make me feel like more of a participant in the process. The writer is letting me forge my own meanings, and I think that’s a satisfying mental exercise.

To switch to poetry for a second, the classic poem covered in the first year on just about every literature degree course is ‘The Red Wheelbarrow’ by William Carlos Williams. I’m sure it’s in the syllabus to deliberately challenge young students. What does it mean? Is it poetry? Nothing is resolved. We’re told a wheelbarrow and some chickens are all that matters. What is it all about? It always divides opinion. Personally, I love the poem. I love Haiku, I love single images or hypothetical snatches of hyperbole that challenge you to make of them what you will. Don’t give me an answer, I don’t want your answers, they will most likely be subjective nonsense anyway. Give me a pinprick instead, a trigger to my subconscious that can then lead me off on a path of my own.

At the end of the day, isn’t that what art is supposed to do? You’re not there to receive wisdom, you’re there to think about things for yourself. A great short story writer like Raymond Carver, like Chekhov, like Brautigan, always reminds me that this is the case. I’ll keep coming back to them again and again because without them my imagination would probably just shrivel up and die.

Going back to my missus – sorry love, you’re entitled to your opinion, of course you are, but it’s a shame you’re wrong. (Seriously, don’t tell her I just said that, I don’t like sleeping on the couch…)

Oh, and just to show that two can play at this guest blogging game, please check out this piece I've done for the fabulous and infamous Andre Jute's blog. It's about DH Lawrence and his poem The Mosquito.  It's kind of about me too, but since nearly all of DH Lawrence's literary criticism was as much about himself as who he was writing about I don't feel too guilty.
Posted by James Everington at 21:13

James, there's plenty of other reasons to think I'm a twat :oD

Yeah, putting Carver's name in my synposis felt so very wrong, but I couldn't think of any other way to highlight what I was trying (the operative word here is 'trying') to aim at. I'm a bit shit at self-promotion...

Looking forward to seeing the next couple of short story commentaries. I liked the last one. 68p buys me a creme egg which doesn't last as long as a decent short does and makes me fatter than reading ever will.

To be fair, the "Carver" reference was probably a big factor in me buying it.

"The writer is letting me forge my own meanings, and I think that’s a satisfying mental exercise."

I completely agree with this. Jane Austen comes to mind. I love her stories but she has a bad habit of dragging out an ending in an attempt to tie up lose ends.

A good author should give the reader just enough that they set afloat in the right direction.

I'm liking this series. The short story form, like poetry, isn't something that comes naturally to everyone. There's an emotional punch, or maybe slap in the face that you can get from a well done short. Of course Neil would be a fan given his known love for Brautigan! My favorite short writers include Grace Paley and Flannery O'Connor though they are miles from each other in both style and substance.

Focus--that's the key. The abrupt endings jolt you into thought. Short stories suit my life of snatch-reads waiting for buses and trains, doctors, hair stylists--the list and lines go on and on.

My kindle makes it possible to have several genres/authors of short stories at my fingertips at all times, so I'm never stuck in a rut.

Reading a novel in Snatches makes me impatient to find out what's going to happen already!