Shadows & Tall Trees 8: 'The Sound Of The Sea, Too Close' 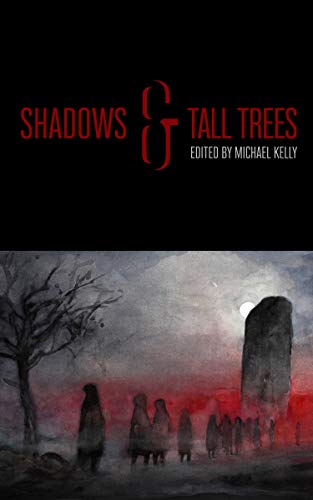 Shadows & Tall Trees 8, which features my story 'The Sound Of The Sea, Too Close', is officially released today. This is a story I'm especially proud of, and I'm pleased that its found a home with the utterly wonderful Undertow Press. As regular readers will know, I've often sung the praises of the work that editor Michael Kelly releases, and getting a story into S&TT is a genuine writing bucket-list moment for me. Especially seeing what other great authors are included, not least Alison Littlewood, Neil Williamson, Steve Rasnic Tem, V.H. Leslie, and... well, they're all brilliant.

Aside from where it's been published, I'm proud of 'The Sound Of The Sea, Too Close' because it achieved something I'd tried and failed at a few times: to write about climate change (and climate fear), in a way that was still speculative and 'weird'. (Maybe 'Heatstroke Harry' from Holding On By Our Fingertips was also a success in this regard.)

I've wrote before on this blog about climate change and fiction, but that piece was called Background Fears and that was largely how I'd tackled the theme in my stories up till now: as a background worry, a bit of atmosphere, a throwaway line. I wasn't sure how to present it as the main focus of a strange story without losing that very strangeness that interests me as a writer; I wasn't sure if it was possible to do so. 'The Sound Of The Sea....' didn't start out as an attempt to untangle that knot, it was originally gong to be a relatively simple and untroubled ghost story, set in an abandoned school. But what the school caretaker found in that abandoned school, in those ghostly classrooms, wasn't a ghost—without knowing I was going to, I wrote something very different and all the better for it. The climate fear—and the guilt—moved centre stage, but the ghostly air remained. Whether it's fully successful as a work of fiction, I'll leave others to judge. But as a way forward for my own work, it feels like an achievement to me.

You can purchase the gorgeous paperback and hardback editions of Shadows & Tall Trees 8 directly from Undertow, or get the ebook from Amazon (UK | US)

(Pathway to Paris brings together musicians, artists, activists, academics, mayors, and innovators to help raise consciousness surrounding the urgency of climate action and offers solutions to turning the Paris Agreement into action.)

Posted by James Everington at 21:05