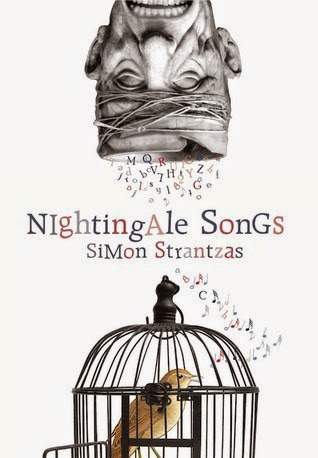 I've read a number of stories by Simon Strantzas in yearly best ofs and the like, but Nightingale Songs is the first solo collection of his I've tried. Given what I'd read before I was expecting something special, stories literate and creepy in equal measure. And I wasn't disappointed.

But before I talk about the stories themselves, it's regrettable but I must mention that this book had the worst formatting error I've yet seen in an ebook. I say 'formatting' but in fact it was worse than that: the entire ending to a story was missing, and instead appeared as part of the final paragraph of the following story, thus ruining the climax of both. What a shame. (I downloaded the Kindle version over a year ago; hopefully other formats aren't affected and the Kindle version has been corrected by now.)

Anyway, with that unpleasantness behind I can say that the stories that weren't mangled were fantastic examples of strange, ambiguous, supernatural fiction. Aickman's influence is often to the fore, fortunately not in a superficial way - indeed second story Her Father's Daughter may well be the best example I've read of a writer assimilating Aickman's influence whilst retaining their own voice. A story that combined elements of both feminist and Freudian psychology (although Aickman hated Freud) into a compelling psychic landscape of strange car accidents, reclusive sisters and a flatly ambiguous ending, this was one of the best stories I've read so far this year.

Other highlights included Pale Light In The Jungle and An Indelible Stain Across The Sky (what a title!) which owed something to Ramsey Campbell's style of paranoia built from metaphoric connection whilst, again, remaining completely Strantzas's own story. Mr. Kneale by contrast was a black, black comedy taking swipes at literary conventions and success, but still having a core of horror beneath. Nearly all the stories were impressive, and personal favourites will likely vary. Only Everything Floats was a slight disappointment to me, beautifully written and atmospheric but building towards an ending all too predictable.

An excellent collection, then. I notice Strantzas has had another collection of short stories released since Nightingale Songs, and given how satisfying these tales were I'll surely be picking that up soon.
Posted by James Everington at 18:15