Recommendation Redux: What Gets Left Behind by Mark West 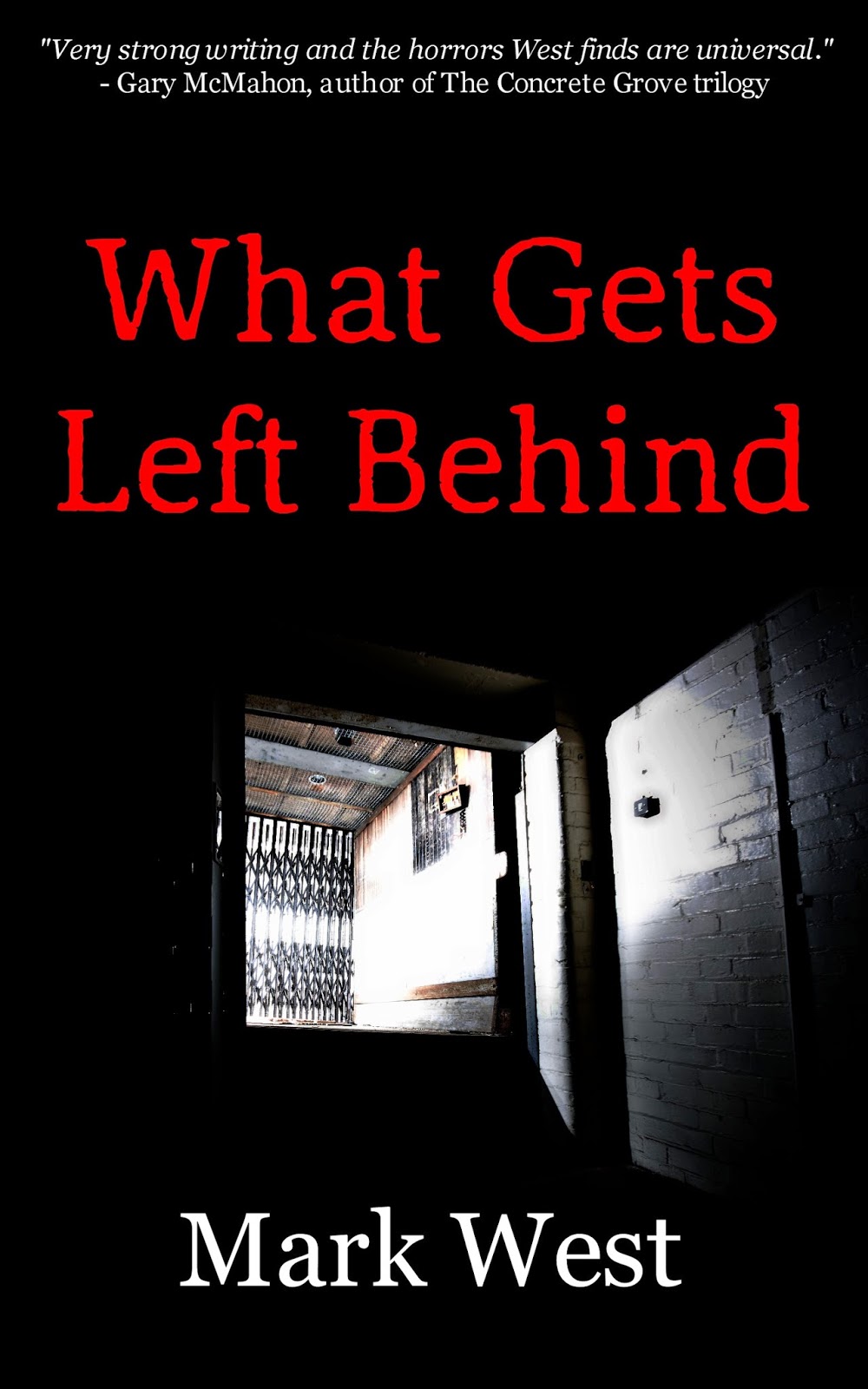 I originally reviewed Mark West's What Gets Left Behind in October 2012 upon its release as a limited-run chapbook from Spectral Press. As it's now been released as an ebook (UK | US) I thought I'd repost my original review, minority edited.

What Gets Left Behind is the third Mark West story I've read [I've obviously read more in the intervening years..!] and possibly the best, although on an even-numbered day I might give that accolade to The Mill - a novella which has some similarities to this work.

The story is partially set in the 80s and partially in the present; the central character Mike Bergen has returned to the town where he spent his childhood, during which time a serial killer stalked local girls. West's evocation of the 80s is note-perfect - not just in the period details like Star Wars t-shirts and Noel Edmonds (and excitingly for this reader East Midlands Today!) but in the recreation of a time when no one had mobile phones and kids played outside at "the Rec" because there was nothing else to do. West is a more realistic writer than someone like Ramsey Campbell (whose realism is shot through with subjectivity) and there is a simplicity and clarity to his prose that's probably hard won. It certainly fits this story.

Like The Mill, What Gets Left Behind's core is as much emotional as horrific; although the horror, when it comes, is gripping and effective. I particularly liked the switches between the two time-frames, a device which reminded me of Stephen King's IT. The sense of history repeating itself, of the past not being over but haunting Mike's present is excellently done.
Posted by James Everington at 17:04

Thank you, my friend