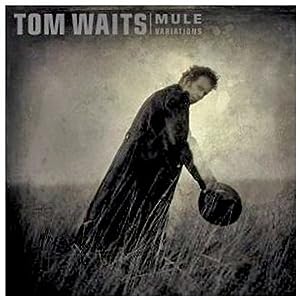 What the hell is building in there?


Can a song be a strange story? Well, if any can, it's this one. Calling it 'a song' seems more inaccurate than a story to be honest, since it basically consists of Wait's gravelly, spoken-word narration and weird clanking noises in the background. It's hard to be objective, but I think the words on the page work pretty well.

I can remember quite clearly when I first heard the song. After leaving university I lived in a shared house with three old school friends - we spent quite a few evenings drunk, or whatever. And when we weren't playing the Bloody Roar on the original Playstation (I was always the Japanese-schoolgirl-who-could-turn-into-a-giant-rabbit character) then we'd be watching MTV2. Normally it was indie or the safest of dance music, but occasionally something odder would be played. And once, it was What's He Building? by Tom Waits.


I remember feeling distinctly more sober after watching it than before.

In many ways, this works similarly to the Joyce Carol Oates story I talked about last week - the character's words are all realistic, and the actions of the mysterious "he" of the title could be equally mundane. Is the song in fact more about the speaker than what he speaks about; more about the voyeuristic small-town attitude that people have "a right to know" what their neighbours are doing? Well maybe; it's certainly a factor in what makes the song's meaning so ambiguous (there's that word again).

But... it's hard not to speculate about the little details, to wonder about:

He has no dog and he has no friends and his lawn is dying... and what about all those packages he sends...

Enough formaldehyde to choke a horse...

I heard he was up on the roof last night signalling with a flash light...


We wonder about these details, and what we wonder is the same as the what the small-town narrator I've been so dismissive about wonders: what's be building in there?

Like all great strange stories, we never find out.


Next Week: Strange Stories #5. The Willows by Algernon Blackwood
Posted by James Everington at 17:00

Like the idea of choosing a song, and this is a good song to choose.

His 'The Ocean Doesn't Want Me Today' scares me too. WTF is a mischievous braingel, for example?

What am i building in here
I'm building mistrust and fear