When I released The Other Room I called it a collection of 'weird fiction' rather than horror stories. Weird fiction is a term that was first used with reference to fiction by the likes of Lovecraft and Machen, and has been used intermittently by writers ever since. It's a term which seems to have come into vogue again, especially with the publication of The Weird, a vast (and I do mean vast) new anthology which you do need to get. You do.

In this weekly feature I plan to talk about some of my favourite 'strange stories' (I also plan to open up the slot for some guest posts). Each post will be about a single story, whether short story, novella, or novel length (although a lot of the best of this kind of fiction has been done in the short story form).

But what distinguishes strange stories, or weird fiction, from normal tales of horror?

Well, for certain it's a sprawling and largely undefined tradition of writing, but one I feel very much a part of. I don't think it has rigid boundaries or borders; some authors write almost nothing but 'strange stories' and some more traditional horror or literary writers occasionally wander into its strange territory, and report back on what they find.

One of the key things that distinguishes this kind of writing, for me, is ambiguity (a topic I recently touched upon in a guest post on the Greyhart Press site). Maybe it's perverse to try and define 'ambiguity' to any great degree, but the kind of things I mean are:

I'm sure there's more, and I'm sure I'll feature stories that don't seem to meet the above criteria, but the literary weirdness or strangeness I'm after is more a feeling than anything. I'll certainly aim to feature stories by writers such as Julio Cortazar, Charlotte Perkins Gilman, T.E.D. Klein, and Algernon Blackwood. But first...


Next Week: Strange Stories #1. What Water Reveals by Adam Golaski 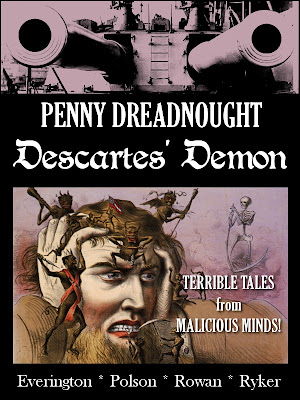 Posted by James Everington at 20:02

Looking forward to this series very much.